The Maryhill & Springburn MSP said that the plans would cap how much rent can rise, not set the level of rent initially, meaning that tenants can budget for rent rises once a year without the worry that it would be unreasonable.

However the SNP voted to block Scottish Labour’s plans during a debate on housing earlier this month.

Some parts of Scotland have seen rents rise by as much as 40% in the last 4 years.

“Too many families in the communities of Maryhill & Springburn constituency are living paycheque to paycheque.  If the car breaks down or an unexpected bill drops through the letterbox they are in real trouble.

“The last thing 42,000 renters in Glasgow need is a bad landlord exploiting them with a huge rent increase.

“That is why I voted to ban rip off rent rises – good landlords would have nothing to worry about from these proposals, but they would stop bad landlords hiking up rents on unsuspecting tenants.

“But the SNP have now voted against this plan three times, despite their own expert welfare group recommending rent caps. Only Scottish Labour are willing to reform the market in Scotland to give Scots in the private rented sector some security and peace of mind.” 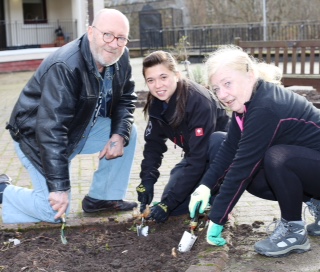 Maryhill & Springburn MSP Patricia Ferguson has welcomed the creation of a new growing space in the Wyndford estate.

The Space to Grow Green Gym is centred on the Wyndford housing estate in Glasgow’s Maryhill area at Wyndford Drive Sheltered Housing and at the Maryhill Hub.

Wyndford Estate tenants are ready to grow at Wyndford’s new community gardens. The two gardens will help tenants grow fruit and vegetables, learn about healthy eating, get some exercise and build their skills and confidence.

The Green Gym’s tasks will vary from week to week but can include general gardening, food growing, wildlife habitat creation and reclaiming greenspaces.

The Space to Grow Green Gym is funded by the Wheatley Group in partnership with Cube Housing Association. 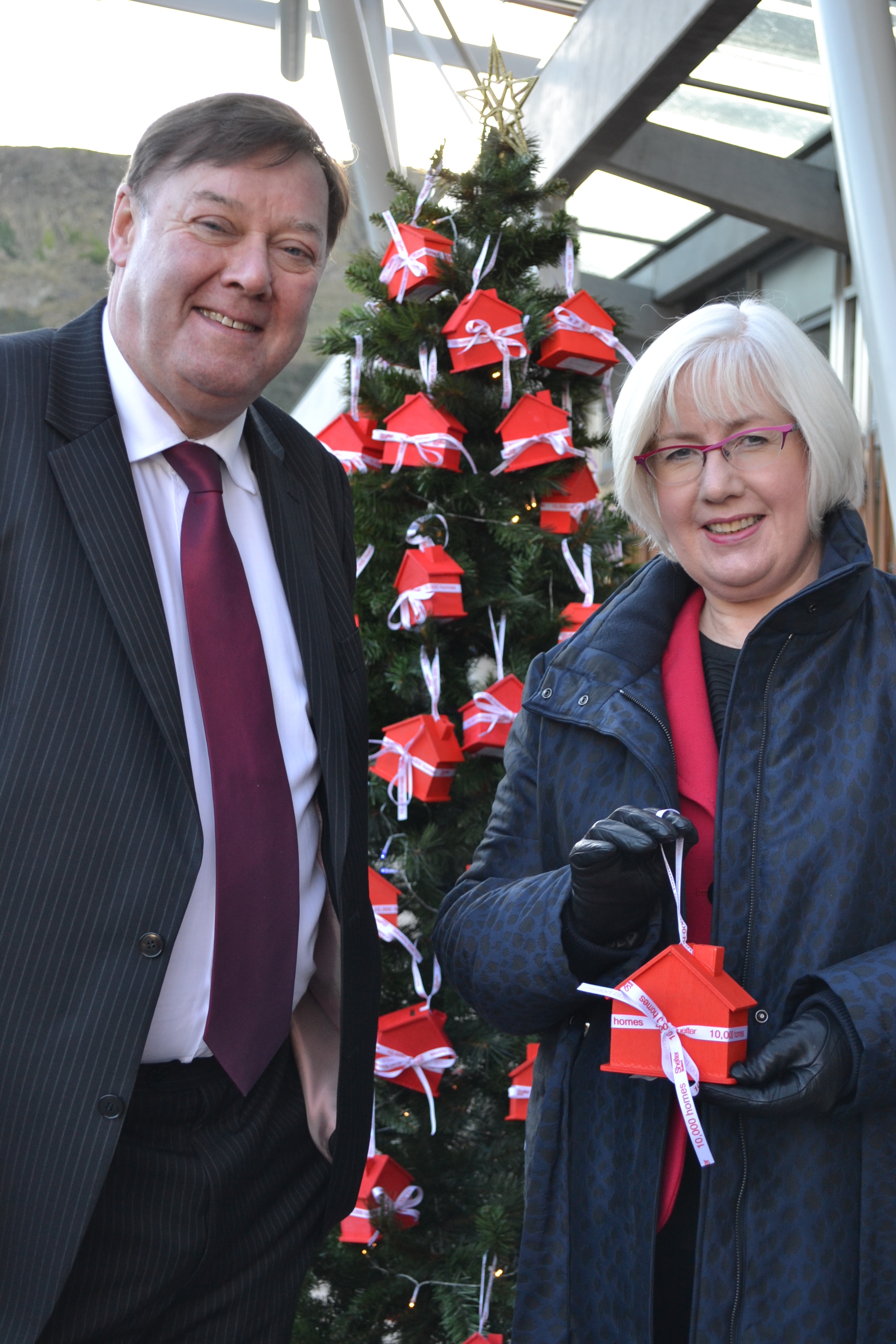 Over 1,000 children in Glasgow will face the winter in temporary accommodation as Scotland faces its worst Housing Crisis since the Second World War.

The shocking figures were announced by Shelter Scotland this week, showing that over 4,000 children in Scotland will be homeless this Christmas. The charity said a shortage of affordable social housing is the root cause of the problem.

The amount of children facing a homeless Christmas is enough to fill the Scottish Parliament chamber 32 times over and equivalent to more than two homeless children for every primary school in Scotland.

Maryhill & Springburn MSP Patricia Ferguson said the figures had to act as a wake up call to the Scottish Government that Scotland is facing a social housing crisis, as nearly 180,000 people in Scotland sit on social housing waiting lists.

Ms Ferguson has called for the Scottish Government to back Scottish Labour proposals for a National Housing Action Plan.

“It is an absolute scandal that any child would spend Christmas homeless, but over 4,000 is nothing short of a national disgrace.

“With 1,000 children in Glasgow facing Christmas in temporary accommodation it is time that the Scottish Government woke up to the fact that  Scotland is facing a full blown  housing crisis not seen since the Second World War.

“Despite this crisis 23,000 homes across the country are lying empty, and the Scottish Government’s own figures have shown a 22% drop in social house building in the last year.

“This cannot continue to happen. If we are serious about fighting poverty and building a better country for every child in Scotland we need a National Housing Action Plan to deliver more social housing where it is needed, to those who most need it.”

To help support Shelter Scotland, people can visit shelterscotland.org or text to SHELTER 70123 and donate £3 to support their work

Maryhill & Springburn MSP Patricia Ferguson has given her support to a proposal by her Labour colleague Iain Gray MSP to create new powers for transport authorities to improve local bus services.  Over 18 MSPs have supported the proposal meaning that it can now moved forward for further consideration by all MSPs.

Writing about the move the Patricia Ferguson said:

“We have heard plenty about Rail services in recent weeks.  Yet the vast majority of my constituents depend on buses for public transport.  That is true across Scotland, where there are five times as many bus journeys as those by train.

“It seems astonishing then that almost ten times as much Scottish Government funding goes to Rail services than to buses.

“Meanwhile we have seen bus services reduced, and bus fares rise.  Our communities are not well served by the existing deregulated bus market put in place by the Tories in the eighties.

“That is why I signed my colleague Iain Gray MSP’s Bus Regulation (Scotland) Bill. This will give transport authorities new powers, if they choose to use them to exercise some control over routes, timetables and fare increases.

“At the moment local authorities have no say at all over the busiest, “commercial” routes.  These are run by private companies, who can choose how and when buses will run and what fares they will charge.  They can change or withdraw services subject only to giving some notice.  Councils can subsidise routes, but only where the companies declare them “uncommercial”.

“Iain’s Bill will allow transport authorities to package commercial and uncommercial routes together and franchise them in a “Quality Contract”. This will finally give communities some say in the services they depend on.

“Previous attempts to improve bus legislation failed because no other Party would support Labour in taking action.  This time Iain has enough cross party support for the Bill to proceed.  With an SNP majority though, we need the Scottish Government to listen, see sense and support passengers by supporting the Bill.

The Committee would like to hear views from young people in the Maryhill & Springburn constituency. The short survey should take no more than five minutes to complete. Participation is voluntary and people are not asked to provide any information that would allow them to be personally identified.

The survey can be found at:

Updates this month
Latest Posts
Show only updates from: